I have incurred the displeasure of a homeless hostel in Brighton, from which I have been banned.

West Pier Project, a Council ran temporary emergency housing establishment in the heart of the city centre, has, I am informed in person by the staff on the reception, barred me from entry, following their discovery of the above video which I filmed of a friend who lives in the hostel explaining living conditions and the astonishing rental fee charged by the West Pier Project for his living there.

I asked them whether it was illegal for me to film an interview with a friend in his room and they maintained that it was, so it looks like I'll need a lawyer. Having been told I was no longer welcome to visit my friend Daryl, who let's face it, doesn't receive many visitors as things stand, because I had basically exposed something the West Pier would rather not be brought to light (quite what that is, I was not told) I had time only to wish Daryl happy birthday and give him his birthday present, birthday card and a bit of cash for some tobacco.

Among those who wish people to be silenced in today's society are those who exploit the misery and destitution of the poor for personal gain, who extort from the poor exhorbitant housing benefit charges in rent in order to fill their pockets and live in luxury, since, I was told by a worker that the building is privately owned and we can therefore safely assume that the rental money of nearly £200 a week goes to the owner. They don't seem to do much to improve the building. Only a week or two ago another man I know there tried to open a window and had to go to hospital because a window pane fell out and sliced his hand open. The staff kindly paid for a taxi, but you should have seen the guy's hand. It was a total mess. I told him he should sue. 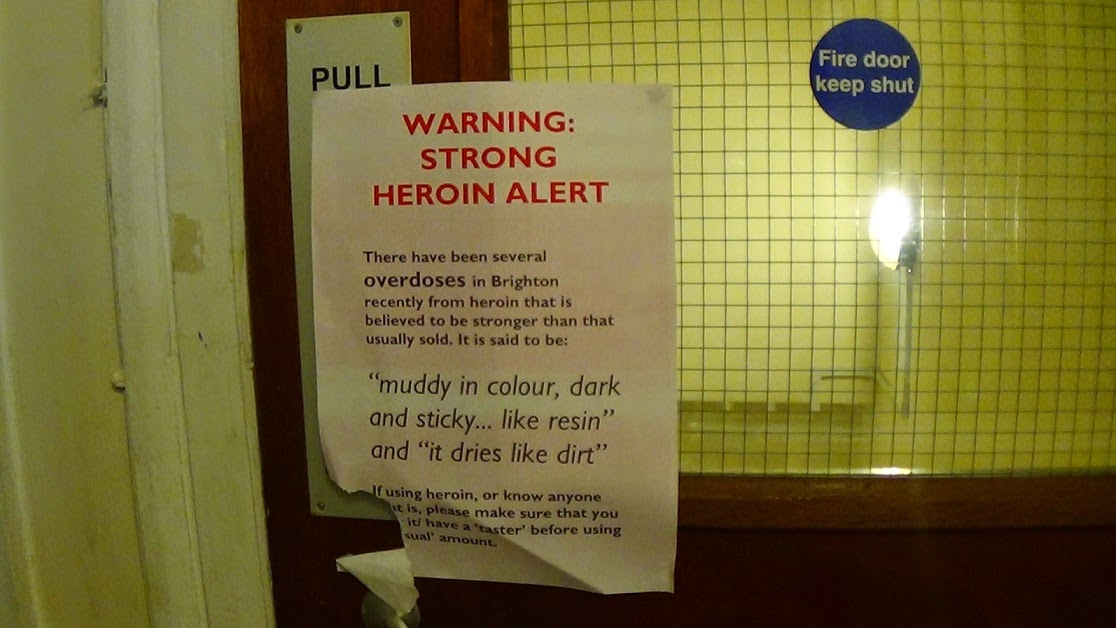 I asked the staff member who the owner of the property was, but was not given a name. The team member denied knowledge of such information. Perhaps the staff do not know who owns the property. You can bet Brighton and Hove City Council, however, do!

Pope Francis calls us to serve the poor and to highlight and expose the injustices that take place in their regard.

Just for the record, here is another picture I took of the inside of West Pier Project. I know this is a general sign that warns that there is some dangerously strong heroin 'out there' in big, bad Brighton, but for an establishment that serves its residents a needle exchange service and whose residents number many a heroin addict, perhaps telling everyone that there is some 'seriously strong s**t' available in Brighton, and telling them what colour and texture it takes, maybe isn't that great an idea?

After all, they all know the next hit could kill them, but many of them are just out for the best hit they can get. 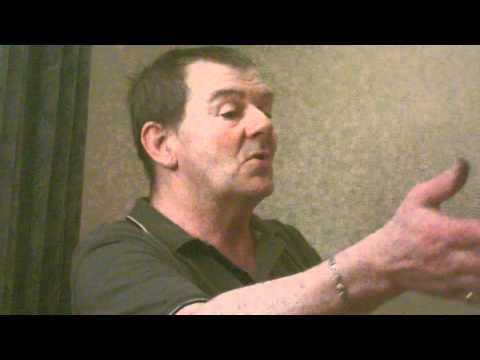 The Scandal of 17-19 Grand Parade, Baron Homes and Brighton and Hove City Council

Residents of 17/19 Grand Parade agreed to be interviewed about the living conditions of the “emergency temporary accommodation” of inner Brighton.

Each resident interviewed has a different story of the shameful squalour and scandalous neglect of the accommodation into which Brighton and Hove City Council’s housing and ‘rough sleepers’ teams place homeless and vulnerable persons.

Their stories speak well for themselves.  You will see from our website’s video footage that 17/19 Grand Parade is a sorry excuse for “emergency temporary accommodation”.  Some residents have been left there for over two years.  You will also see the appalling manner in which the premises are run.

However, the story does not end there. There is more to this story than at first meets the eye. Video evidence on our blog provides proof that the “emergency temporary accommodation” is ran by Brighton-based company, The Baron Homes Corporation Ltd.

BHT's Sea Containers to Open Amid Turmoil At Olympus House

There has been much hype concerning the shipping containers that now adorn the New England Quarter of Brighton. The project has won media attention in both local and national outlets and much positive publicity has been generated for Brighton Housing Trust (BHT), but is there more to this story than at first meets the eye?

Upheaval and relocation for residents of Olympus House

Brighton Housing Trust (BHT) claim responsibility for Olympus House, on 80-81 Marine Parade. This accommodation is set to close, only to re-open again as a hostel specifically for mental health patients under the care of the local authority. According to the receptionist working at Olympus House, the hostel will still be run by BHT, but it will become a ‘half-way house’ for those leaving mental health hospitals in the region.

Quite what this means in the long-term for current residents we have no idea, but the short term outlook for some residents of Olympus House has been placed into utter confusion. A sign…